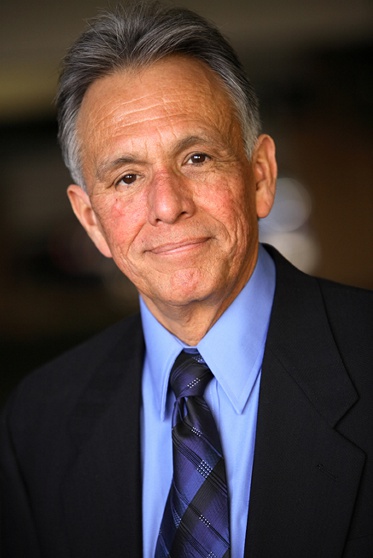 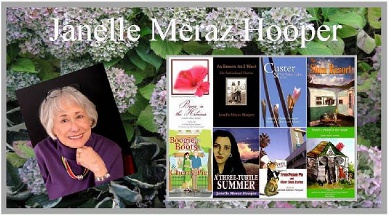 About Rudy Ramos
The acting career of Rudy Ramos has covered six decades and started with an appearance on the television show, “Ironside” in 1969. Six months later he was cast as a series regular, playing the part of Wind the volatile half-breed Indian boy in the legendary television western “High Chaparral.” Since then he has done over sixty guest shots on episodic television including recurring roles on the hit TV show, “Hunter” in 1987-88 and “Resurrection Boulevard” in 2002-2003.

Feature film credits include The Enforcer with Clint Eastwood, Walter Hill’s cult classic The Driver with Ryan Oneal and Academy Award nominee French actress Isabelle Adjani, Defiance with Jan-Michael Vincent and Art Carney, Quicksilver with Kevin Bacon and Laurence Fishburne, Colors with Sean Penn and Robert Duvall and the 2001 sleeper Road Dogz directed by the up and coming talent Alfredo Ramos to name a few.

The stage has been a big part of Mr. Ramos’ life with appearances in the Los Angeles area at the Mark Taper Forum, Taper Too, The Met, Matrix Theater, Los Angeles Theatre Center, and Nosotros Theatre. He also was a member of the Los Angeles Actors Theatre and performed in the award winning hit show Shorteyes by Miguel Pinero playing the part of Cupcakes. The ensemble won the 1977 Los Angeles Drama Critics Award for Best Ensemble.

About The Author
Janelle Meraz Hooper is an Oklahoma native, now living in Washington State, with a life-long interest in American West history. An award-winning novelist, she weaves bits of her interests in history, marine biology, and archaeology into her stories. Her Turtle Trilogy (A Three-Turtle Summer, As Brown As I Want; The Indianhead Diaries, and Custer and His Naked Ladies) is set in Southwest Oklahoma. Each of the books, published before she wrote Geronimo, Life on the Reservation, mentions the great Indian leader.

About The Director
Steve Railsback was born in Dallas and raised in Wichita Falls, Texas until he was 17 when the family moved to Ontario, Canada. In 1964, he and his brother Mike moved into a bunkhouse for a year, and took jobs picking tobacco for $13 a day. At the age of 18, Steve moved back to Texas, and began working as a shoe salesman. He saved $600, and immediately re-located to New York to pursue his artistic dreams.

"I knew I wanted to be an actor from the time I was seven years old. I had a chance to play the prince's cousin in a production of CINDERELLA, which was playing at a local college. I had a short dance number and a few lines to recite, and when I heard the audience applaud, I was hooked forever." In 1967, Steve arrived in Manhattan to pursue his lifelong dream as an actor. He had two specific goals in mind: get accepted at the legendary Actors' Studio, and work with famed director Elia Kazan. He rented a small hotel in the city for a week then moved into a tiny apartment. He worked an assortment of odd jobs (as a courier, a forklift operator and an employee in a coffee plant) to make ends meet. Fate played a great role in his quest to become an actor. He looked in the Yellow Pages for an acting school and located one on the 8th floor of the famed Carnegie Hall. He quickly realized that the classes he was taking were not fulfilling and he was not learning his craft.

By sheer coincidence, legendary Actors' Studio head Lee Strasberg was teaching a private class on the 10th floor of Carnegie Hall. Steve watched the class, and after a little investigation, he found out how to apply to join as a regular student. Strasberg accepted his application, and Steve paid $30 a month for his classes. Railsback would never have met the famed acting coach if he had not selected his first drama school in Carnegie Hall.

While studying with Strasberg, Steve met Walter Lott who was running his own theatre group in the city. Lott invited the young actor to join his company, and over the next 2 years Railsback performed in over 15 plays in the New York area. He was then accepted into Lee Strasberg's acclaimed Actors' Studio, and had the opportunity to continue his studies. In 1971, legendary director Elia Kazan heard about the talented actor from an associate who had seen Steve perform in a play while he was in Walter Lott's company. Kazan set up a meeting with Railsback, and asked him to do an improvisational exercise with him at the Actors' Studio.

A week later Kazan called the actor and informed him that he had landed the lead in THE VISITORS, Railsback's first motion picture co-starring James Woods. The Vietnam War film, based on a true story, was released in 1972.

Acting in the film and working with Elia Kazan, a brilliant actor's director, was an incredible experience and THE VISITORS message was extremely powerful.
"This motion picture opened up several wonderful acting opportunities for me." And indeed it did. When the play "The Skin of Our Teeth" with Elizabeth Ashley was ending its run on Broadway, Steve received a call to come to LA to read for the part of Charles Manson in the TV movie "Helter skelter", based on the book by prosecuting attorney Vincent Bugliosi. He auditioned by reading the speech Manson gives in the jury-less courtroom and three days later he had the role. When the 4-hour mini-series aired in 1976, it became the highest rated made-for-TV miniseries in history until "Roots" aired a few years later. But it typecast Steve, who many thought out-Manson'd Manson, because he only received scripts where he played psychos or killers. So, he took a two-year break from acting and returned in 1978 with a vengeance, playing Pvt. Robert E. Lee Pruitt, the part made famous by Montgomery Clift, in "From Here to Eternity" co-starring Natalie Wood, and followed that role with his favorite role to date, as Cameron in the 1980's "The Stunt Man," co-starring the legendary Peter O'Toole.

His performance in "The Stuntman" garnered him a Golden Globe nomination for Best Actor and he won that honor at the Dallas Film Festival. From that point on, Steve has worked almost non-stop, with memorable roles in fellow Texan Tobe Hooper's 1985 "Lifeforce," and playing Duane Barry in two of the most popular episodes of "The X-Files," the two-part "Duane Barry" and "Ascension."

With over 79 titles in his filmography, Steve is not only one of the best Hollywood all-time actors but also an amazing human being who has served as both reference and inspiration to actors and directors alike.